One of the things I had been looking forward to since we had decided on a Vancouver trip was finally going to happen. It seemed like the quintessential West Coast thing to do, even East Coast I suppose. But it’s slightly different on either coast as the West Coast shares it’s with Japan. I was actually quite shocked that it took us two weeks to finally get to do it.

What I’m talking about of course is visiting the Pacific Ocean. Watching the ocean is one of my favourite things to do. I could sit on the shore and experience the ocean for hours. The crashing of the rolling waves, the sounds it makes and even the smell of the ocean. I just love it and I was anticipating the day we’d get to make it to one of Vancouver’s beautiful beaches. And funny enough our visit on this beautiful Sunday was not planned, we very much happened upon the beach by accident. 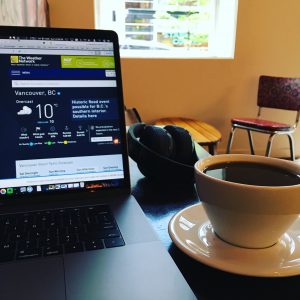 I started Sunday as I have every Sunday since arriving in Vancouver, at Rocanini Coffee Roasters, the independent coffee shop a few steps from our condo. The skies were looking like rain and I had forgotten our umbrella, but instead of going back up to grab it I risked it. I lost that gamble, it started to rain, well pour. I hung out at the coffee shop a little longer than I was planning, hoping to wait it out. Unfortunately it didn’t stop and I had to get back home to get things moving with Nicole. She was cooking up some plans for the rest of the day and I was pretty excited to see what she’d find, especially after the successful kayaking she found the day before. So I just had to run back and get a little wet. 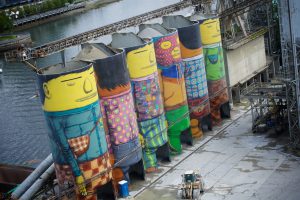 Lucky for us, by the time we ventured out for the day the rain had stopped, the skies had cleared and we were left with a beautiful sunny Sunday afternoon. Nicole found a destination for the day which would take us to a new area of Vancouver we hadn’t yet explored. I think she had a great idea of getting us out of our normal haunt. Along the way she also found a place for lunch and so we headed there on foot. It was a 60 minute walk, through new neighbourhoods and areas to explore. Walking is a great way to get around as you get to experience the area much more than if you took a bus, or subway or the like. Also exciting on this walk is that it took us over the Granville Bridge which goes right over Granville Island. 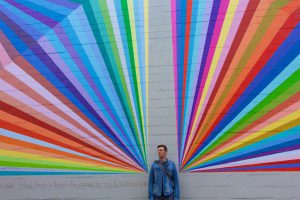 The restaurant Nicole chose was a Mongolian hot pot all-you-can-eat place called Little Sheep. We hadn’t had hot pot in quite awhile and an AYCE was perfect to refuel after our walk. The place was really good. The menu had a good variety and I tried almost every type of meat they offered. We gorged ourselves for about an hour before heading out to the destination Nicole had chosen for us. It was a bit far from the restaurant so we traded in our walking shoes for a city bus.

As we were leaving the restaurant we realized that the next bus going in our direction was across the street and we were lucky to catch it. It was stuck at a red light and we benefited from the green light going in the other direction. The bus terminated at our destination, the University of British Columbia where we planned to visit the Beaty Biodiversity Museum. The campus of UBC is unbelievably beautiful, very green and lush, with lots of open space. The students of this university were definitely getting a different experience to my university days in downtown Toronto. 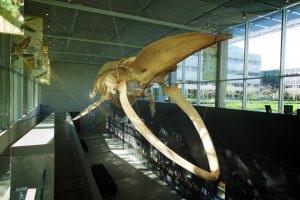 We really didn’t know what to expect with this museum, we maybe should have done some more research because when we arrived we quickly realized we way underestimated how much time we’d need. Even upon arriving it’s deceiving because the vast majority of the museum is located under ground, the main entrance a beautiful atrium type building with a big blue whale skeleton hanging within. We made matters worse when we decided to watch a 20 minutes documentary about the whale skeleton hanging in the atrium. But we were glad we did because it was fascinating, the trials and tribulations of the team who found and then decided to prepare and deliver the skeleton were unbelievable. We cover some of the details in the accompanying video.

Below ground is a vast cavern of all things nature stashed away in row upon row of black cabinets. It was mind blowing just how vast and compact the collection at the museum is. We didn’t even scratch the surface of all the museum had to offer, you could easily spend days down there and still not see everything. But we did the best we could in the limited time we had. We found a section with stuffed animals that we enjoyed checking out, as well as a display of an old cedar tree cross-section. Someone working at the museum noticed me checking out the cedar and came over to explain how they could tell the age of the tree from the rings and also could tell whether a given season was a successful one for growth. It was mind boggling that the cedar was about 750 years old when it was cut down. We’d definitely recommend a visit to the Beaty Biodiversity Museum, and suggest planning for longer than an hour. You could easily make a whole afternoon out of a visit to the museum and to wander around the campus for a bit.

After our visit we did exactly that, we wandered down the large open mall of the campus. I got sight of the ocean and wondered if we might be able to get to it. At the end of the mall we came across a magnificent house on ridiculously well maintained gardens. The house is called the Cecil Green Park House, and from what we could tell it was used primarily for hosting functions. What a venue to have any sort of function. At one point I had asked Nicole if she could smell what I was smelling and if she knew what it was. She replied simply “Flowers”. Of course! The garden was full of beautiful flowers and the scent was surprisingly strong. But unfortunately the grounds didn’t seem to have the answer to how to reach the ocean. By that point we had given up and dejected, started to make our way back to the bus stop. As we were leaving the gardens we noticed a couple playing ball with their dog and I decided to ask them how we could reach the ocean. Glad I did, they gave us some simple instructions on how to find a path down to Tower Beach. 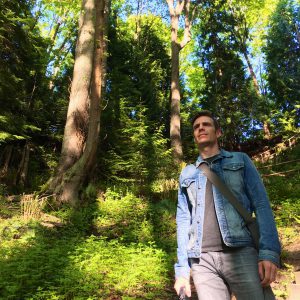 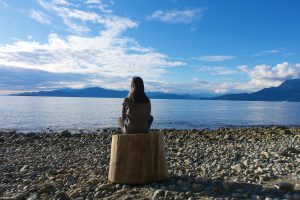 It was a quick 5 minutes walk to the start of the trail, aptly named Tower Beach Trail. It was a scenic little hike down through a cedar forest to the ocean. There were quite a few old cedar stumps and I was reminded of the 750 year old cedar back at the museum. I wondered how old the trees that used to be here would have been. It wasn’t long before the moment I had been looking forward to for month before our trip arrived. We walked out of the forest and out in front of us was a beautiful beach and breathtaking oceans views. It was exactly what I hoped for. We strolled up the beach a little distance and then found a comfortable looking log where we took a seat and just took in the views in front of us. Amazing! We also got a big bonus when we noticed something dark moving just off shore and it turned out to be a seal. Wow, what a treat. It was the perfect end to an amazing day, sitting there watching the ocean, listening to the waves crashing on the beach as the sun set off in the distance. We spent a good hour there, but eventually just had to get going. It was getting late on a Sunday and we still had a good 40-50 bus ride home. We really did force ourselves to leave and start making our way back up the trail, through the campus to the bus stop. 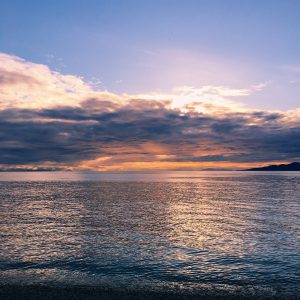 There was one last surprise for us to end the night. The bus dropped us off a short walk from home, which along the way Nicole spotted a place called Nero, a Belgian waffle bar with excellent ratings. Not quite what he had planned for dinner, but we couldn’t resist. If they were anywhere near the Belgian waffles we ate way too many of on a previous trip to the country, we were in for a treat. We’re happy to report that they were the best waffles we’d ever had outside Belgium, and not in a these are outside Belgium consolatory kind of way. They were amazing!

Tired and now full we stumbled the rest of the way back home and crashed. Another successful Vancouver weekend was in the books, and a new week was just a sleep away.